Break Up with Brienne leaves DH future in doubt.

Dangeroushockey has always claimed “he’s the loneliest man alive.” Stuck in a shithole marriage, running a thriving business, and author of one of the crappiest blogs on earth. Filmmaker, a man unfulfilled promise.  Then one day it all changed.  Like the excitement at bobblehead night for Alex Ovechkin, he meets this chick.  This lady. 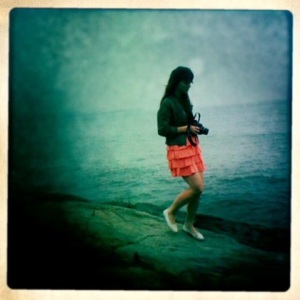 This obscure little broad from Brooklyn who I’ll be goddamn if she didn’t crack through his complete lack of interest in a woman.  His shell.

“Baby Brienne.” he used to call her.  Their romance was a whirlwind.  Emails exchanged, tweets, texts (maybe) and promises of delivering “the goods.”  But as quickly as this intellect from NYC, with a Brown pedigree took interest in this dumb Ohio U guy from um cleveland, she started to change.  Quickly she was posting about other men.  Ignoring Dangerous.  At first he thought it was the ole cat n mouse game.  “Fuck it,” he said.  I’ll play.  I mean this broad was hot.  Smokin hot.  And really he never even saw her.  But nonetheless.  For days, and weeks, he had sex with her.  Not real sex, not even mental masturbation.  In fact, disregard that, none of it is accurate.

His friends warned him.  Brown chicks have hairy armpits.  He didn’t care.  “They’re liberal pot heads.”  Great he thought.  Though he didn’t believe them.  I’m also uncertain of the relevance but I just remembered him saying this.  No longer was he “the loneliest man in the world.”

But just as it began, it ended.  Lies started piling up.  Lybia was bombed.  Days turned into lighter days but nothing seemed to matter.  She played him like a broken trombone.  His heart split in 3.  His feelings, which were only resurrected by Baby Brienne, crawled back into his hard drive.  It was no more.  But he’d do it all over again, if he had to.

Back in my fucking cage.  But thank you BB.

It will happen. Cleveland will win a Stanley Cup before any other major sport's trophy. While we admit we are not hockey bloggers that take themselves seriously, we do expect that ESPN hockey coverage needs challenged. It's time people take hockey seriously, and it ain't happening here. Great hockey, stats, scores, highlights. Um no. LOL
View all posts by hockeyrocque →
This entry was posted in hockey, Movies. Bookmark the permalink.