I’ve met many celebrities over my career.  Honestly, only a handful were memorable.  Like when I beat Daniel Negreanu in a Vegas strip club at Rock, Paper, Scissors for a $100 bet. 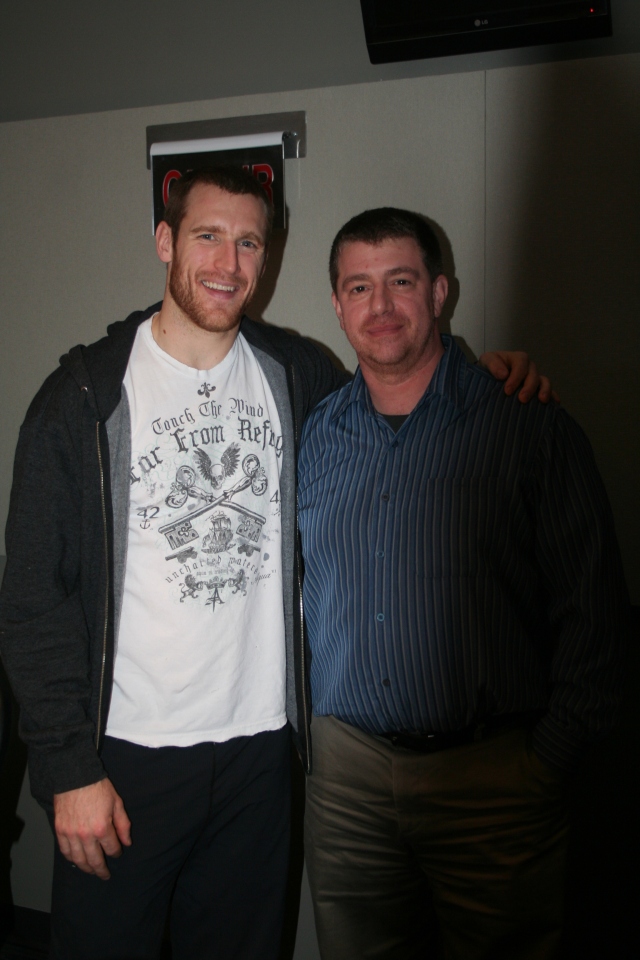 "A fat and hungry DH, mulls eating Brooks for lunch."

Today, I met the Washington Capitals superstar forward,  Brooks Laich at a business meeting.  The first thing I noticed was that he made very certain to notice and remember EVERYONE’s name that he interacted with.  When we did our work, he was extremely insightful.  A natural communicator and a man (boy to me LOL) who has a command of the room.  All of this while maintaining a completely, grounded sense of his celebrity.  Which if you live in DC is A lister.  What can I say, hockey players are cool as fuck and he proved it.  He was also smart as hell, polite and extremely genuine.

2 Responses to Brooks Laich,what can I say? Great dude.