Posted on September 24, 2012 by hockeyrocque 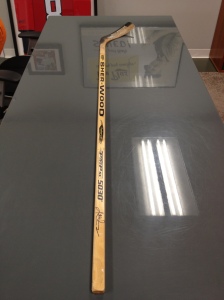 “My boobs weren’t quite big enough, so I grabbed a stick for him to sign.”

A Kyrie Irving hockey stick?  In what is certainly an unusual site, Dangeroushockey.com owner, and self titled “collector doosh,” landed what many feel is likely the only one on the planet.  Tremaglio’s only comment while pausing from browsing website “Cowboy’s.com”  was “Is Romo really out for the season?” he chuckled.

“Ya, I don’t know, my kid didn’t want it so we’re gonna try an dump it on ebay for like $850,000.  Hopefully some oil dude or the Democratic party are dumb enough to buy it.”  Said Trem.  Dangeroushockey.com has been one of the least read, and awarded, hockey blogs in the world since it’s debut late 2009.  Despite their hard hitting edge and lack of fact checking, just like the sport they cover, there is little audience.  Good news is the site is, and always will be, 100% devoted to charities so look for the stick to raise at least $12-$14 for Make a Wish.

Trem also denied trying to re-break the NBA star’s shooting hand by shaking it at a recent Window appearance.  “If it were me, he’d be back at the surgeon already.”  laughed Tremaglio  “Besides, I like the kid.  He’s a fucking filmmaker and can hoop, boy can he hoop!! Let’s just hope he starts putting some titties in his films.” 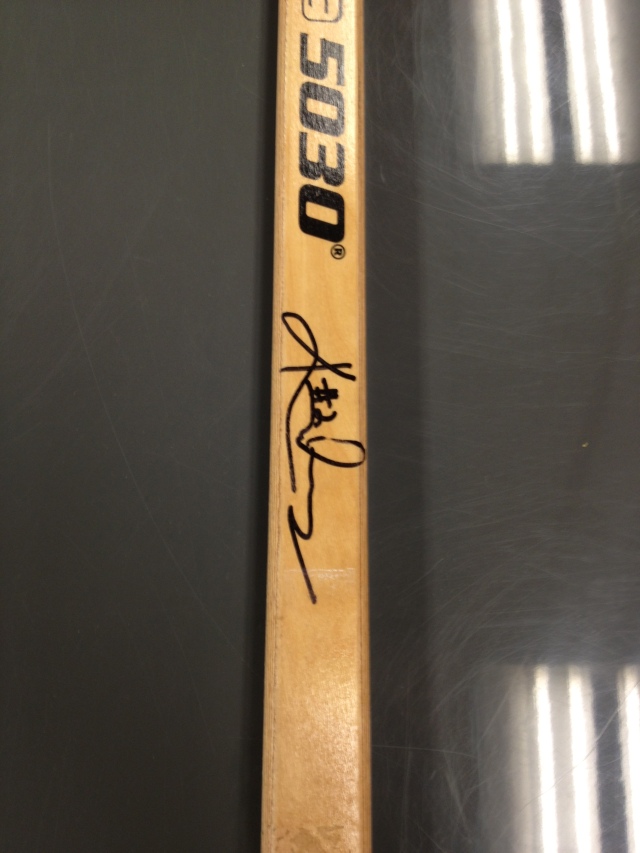 It will happen. Cleveland will win a Stanley Cup before any other major sport's trophy. While we admit we are not hockey bloggers that take themselves seriously, we do expect that ESPN hockey coverage needs challenged. It's time people take hockey seriously, and it ain't happening here. Great hockey, stats, scores, highlights. Um no. LOL
View all posts by hockeyrocque →
This entry was posted in hockey, Movies and tagged anaheim ducks, bruce Boudreau, dale hunter, hockey, hockey stick, kyrie irving, nba, nhl, uncle drew, world's greatest hockey blog blogger. Bookmark the permalink.